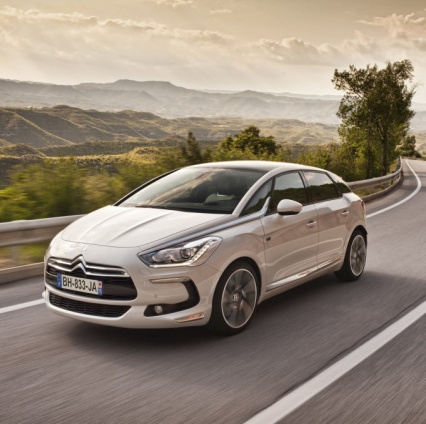 Peugeot's 3008 HYbrid4 was launched last February as the world's first diesel hybrid vehicle on the market, now followed by the Peugeot 508 RXH, the Citroën DS5 HYbrid4 and by this summer the Peugeot 508 HYbrid4 Sedan. If you get the chance to drive any of these very exciting vehicles, then the probability of the rear-axle being fitted with NSK high-reliability wheel bearings technology is “only” 100%.

NSK development for this project started in 2009, but it all really began back in 2003 when NSK delivered its first mass-production wheel bearing to the PSA group. Originally designed for the Peugeot 407 front axle, NSK’s bearing was later fitted on the Citroën C5 and C6 models, as well as the Peugeot 607. Over these nine years, more than two million pieces have been delivered – a single figure says more than words: 0 PPM (defective “parts per million”)!
As a logical result, in 2010, NSK received a prestigious award from PSA, rewarding outstanding performance in quality and was praised as a technical benchmark for development and production.

The bearing reliability on some specific high performance models fitted with a PSA 2.0 THP 200 engine (Peugeot RCZ and 308, Citroën DS4 and DS5) together with a tailor-made testing phase, to ensure optimal compatibility, with the newly designed surrounding environment has naturally led the engineers from PSA Technical Centre in Velizy, France, to choose NSK for their hybrid models. Sales volume is expected to achieve 40,000 vehicles in 2013.

This bearing is produced at NSK Peterlee automotive plant, in England.

As a strategic partner to top automakers and suppliers around the world, NSK provides solutions that offer higher performance in a compact space. Intelligent steering systems, rolling bearings for chassis, drive train and engines – our products ensure efficient fuel consumption and enhanced active and passive safety in vehicles.