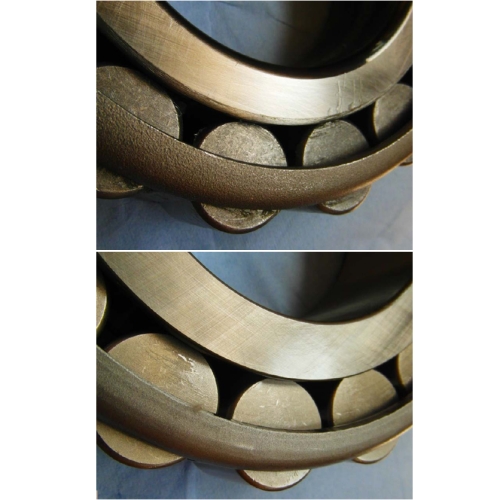 The problem of counterfeit rolling bearings is often abstract. The practical consequences of installing a fake bearing can be demonstrated with an example of a distillation apparatus as investigated at the Technical University (TU) of Dortmund (Germany). In this case, a counterfeit bearing resulted in a delay of commissioning and research into the causes.

The distillation process is used when components in a liquid mixture can be separated due to differing boiling points. The more often the process is repeated, the greater the purity of the substances. However, in industrial production, the spatial expansion of the columns can be an impediment. In addition, due to gravitational acceleration, throughput is limited, resulting in inflexibility. For this reason, from the Chair of Fluid Separations at the TU Dortmund, an idea was promoted to research and further develop a more flexible and space-saving distillation process which is already in use within the chemical industry in Eastern Asia.

The basic concept was to have distillation occur in a type of centrifuge. The emphasis was on the radius rather than the height of apparatus in order to use the centrifugal forces to full advantage. This process not only offers the advantage of requiring less space, but the distillation process is more intensive due to rotation supports separation.

The holding time in the separator can be significantly reduced as compared to the use of columns. In addition, the process and its separation results can be influenced by the introduction of targeted turbulence and speeds that can be changed quickly. Another advantage of combined distillation and rotation is quick start-up. For this reason, the process is very well suited to batch processing: liquid is collected in a container and distillation is started as soon as a specific amount is present.

Clearly there are many reasons to use this process, but in Europe, the classic process is preferred. Therefore, scientific and practical investigation seemed timely. For this reason, the Chair of Fluid Separations wanted to build a pilot plant – in cooperation with a well-known Chinese university that already had experience with this process. Trials were then carried out with industrial customers and, simultaneously, the process was to be described mathematically in order to determine possibilities and limits.

To advance the project it was agreed to have the pilot plant build by the Chinese partners. The objective was a three-stage, modular system with a rotor diameter of about 90 cm.

Planning for the pilot plant took place in the early months of 2011; construction began thereafter and the plant was accepted in China in February 2012. In November 2012, the system was set up in Dortmund – initially without peripheral equipment. In the first test runs of the system, there were already problems: after about 20 minutes, clearly audible knocking sounds occurred in the drive train even though it was only running at half speed.

The drive employs a 5 kW motor with a V-belt connection to the central vertical shaft. The maximum speed of the shaft is 750 rpm. One ball bearing supports it from below and two tapered roller bearings from above. The bearings also absorb axial loads. The initial assumption was that moving parts were coming into contact. The rotors were disassembled, but the knocking sound persisted. This meant that the drive itself had to be the cause, and it was also disassembled. But neither the process technicians nor the colleagues from the Department of Mechanical Engineering at the TU Dortmund could determine the cause of the knocking sounds.

Finally, the engineers removed the rolling bearings and attempted to contact the manufacturer, NSK. Based on the information provided, the first possible cause was considered to be a design error and tapered roller bearing tension. As a result, the design was adjusted and greater clearance was provided for the tapered roller bearings. But after the drive was reassembled and a test run carried out, no significant improvement was noticed.

When a test run of the drive without the centrifuge resulted in a temperature increase at the shaft of up to 80 °C after just an hour and a half and the shaft seized due to thermal expansion, the focus shifted to the quality of the upper tapered roller bearings, type HR 30322J.

After NSK received detailed images of the bearings, it was clear: all of the bearings were counterfeit and did not originate from NSK production. The counterfeiters had taken great pains with the appearance of the bearings; even the company logotype looked deceptively authentic. The best way to tell the difference between the original and the counterfeit was the processing quality of individual bearing components.

No more increases in temperature with original bearings of higher quality

New bearings were ordered from an NSK Authorised Distributor and then installed. Test runs demonstrated that the temperature of the bearings and the shaft remained below ambient temperature, even after nine hours in continuous operation, because the original bearings feature significantly higher quality in both material and processing. Now the drive cooling was able to function properly and there were no more knocking sounds. Moreover, the entire drive ran much more quietly than before.
In summary, it was determined that using counterfeit bearings resulted in delays in the investigation of the new distillation process. Engineers should be aware that when fake bearings like these are used in applications that are safety related, the results can be much more serious. If users have influence on the supply chain, they should order from reliable sources, i.e. from distribution partners of the rolling bearing manufacturer.
This example shows that the bearing manufacturers’ efforts to investigate counterfeit product equally benefit customers and users. NSK has joined the World Bearing Association (WBA) and supports users in the identification of counterfeit rolling bearings.